A day in the life of… well me. 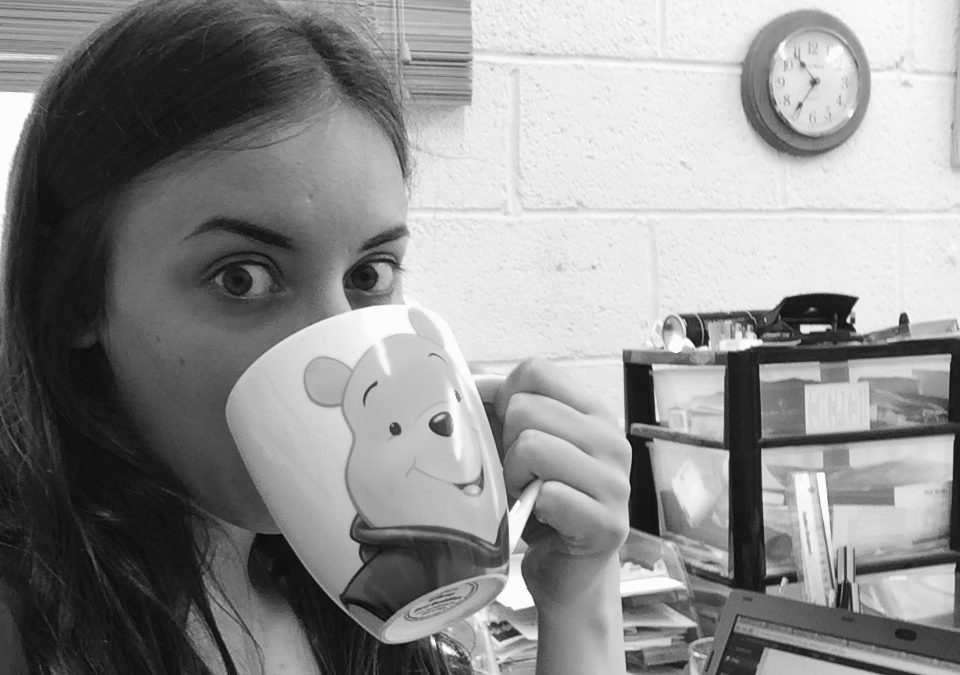 So it’s coming up to two months that I’ve been in this job role at DSL, and I feel like I’m slowly getting the hang of it. Remembering who’s yoga mats are whose is a constant worry, but moving ten foot ballet barre’s between studios, temporarily jamming the shredder and cleaning up rosin after Nathalie’s ballet on a Friday has become the norm.

However, Tuesday night is my night. It’s the night where I know exactly what’s happening- three tap classes, Helena’s Bellydance, Raggafanatics and Eman’s new Commercial Class- I’ve got it covered. I don’t have to worry about opening the store cupboard opposite reception, or ferrying groups of giddy hen parties into the right studio, I just have to remember my tap regulars’ names.

I’m usually pretty good with names, but the few minutes where I sign them in each week is not enough time to retain the names of the 54 people on the registers in just two months worth of Tuesdays. But I do know Adrian and Thomas, and Griet and Georgina and Alexandria, and Helen and Ellie, and Alistair and Katharine and Mosa and Moira, so I’m not doing too badly am I?

On Fridays I also feel a little bit at home with lovely Nathalie who engages in a full conversation with me like she hasn’t seen me in a week (even though she teaches me ballet every Friday morning at Northern School), and Ryan who smiles at me and always pays for his studio on time. In fact everyone smiles and says hello, even if they have no idea who that girl sitting in the office is. Which is nice, and it makes me feel like I’ve known everyone forever- that they are more than a name on the whiteboard, an email address or a voice on the telephone.

Hold on, I just have to put Sue’s mats back in the cupboard. (For future reference- Sue’s mats are in the blue bag).

Today is Saturday, and I’ve been here since 8.30am. Three yoga classes, two hen parties, a ballet one-to-one, private booking and two salsa classes later I’m still hanging on. I am, however, surrounded by cups of tea and biscuit packets. One of the things I never anticipated about doing admin is how hungry and thirsty I am all the time. It’s a constant battle to stop myself from emptying my purse to buy all of the food we sell at reception. Today I’ve bought a can of coke and a kitkat – I’m restricting myself to a maximum of two items per shift, otherwise I’m spending more than I’m earning and the refined sugar won’t be doing me any good.

Alongside all this eating and drinking I seem to be doing, a lot of my role involves the sort of marketing side I guess. Today I’ve made four newsletters, a flyer of the workshops we offer, a flyer for the theatre trip we’re doing in July to see Cats as well as logging statistics for social media posts that we’ve published over the last two months so I can figure out what’s working and what’s not. This is as well as handling reception, cleaning studio 2’s mirrors, scheduling the next lot of social media posts and writing this blog entry. I also finished my book in my lunch break, so itâ€™s been a pretty productive day.

So what I think I am trying to say is, come and see me and let’s have a chat (even if I’m munching on a kitkat when you walk past the office). I’ve been dancing since I was six, so it’s safe to say I know a little bit about dance, and I want to get to know you all a little better!

Originally from Suffolk, Charlotte began her dancing journey with ballet, tap, modern and national dancing before training at the Northern School of Contemporary Dance where she graduated with both a bachelors and masters degree in contemporary dance. After working with Black Box Dance Company in Denmark as a company dancer she returned to Leeds in 2019 to work as freelance dance artist and to work as a receptionist and administrator at The Dance Studio Leeds.
Next Previous
BRead our Blog Like us on Facebook Follow us on Twitter Follow us on Instagram